Through routine service and maintenance, most catastrophic engine failures can be avoided. Resulting in a non-operable car that will require a new engine or engine rebuild, an overheating condition or broken oil pump will cause internal components to fail in most cases. Even if the replacement engine is from the exact same car as yours, there could be many potential hurdles to overcome, though it might seem easier and more cost-effective to replace your older engine. We at Precision Performance Machine Shop & Engine Rebuilding would like to share benefits of rebuilding an engine instead of buying a new one.

Engine failures are caused by one root source; heat. Creating excess friction, most major engine failures that can be traced back to these events can come from failure of the cooling system to keep the engine at an optimal operating temperature, or a lack of oil pressure or clean oil to lubricate moving parts. The top issues that lead to engine failures include:
– Damaged water pump
– Broken thermostat
– Compromised oil pump
– Low oil levels
– Clogged heater core
– Engine oil is old, too thick, and loses lubricity
Different parts of the engine will become damaged when any of these occur. Introducing coolant inside the engine block within oil galleys, it’s common for head gaskets to fail if the engine overheats. Causing a lack of lubrication, or excessive heat, this dilutes the engine oil. The first step in determining whether or not an engine rebuild or replacement is needed is knowing what caused the engine to fail.

What is an Engine Rebuild?

From what’s commonly referred to as “carb to pan,” a rebuilt engine involves removing the engine from the vehicle and completely disassembling it. Instead of fuel injection systems they have now, this is an older description when engines had carburetors and is now referred to as “Injector to Pan,” with the pan being the oil pan. All damaged parts are replaced with new or refurbished replacement parts after the engine has been disassembled, cleaned and inspected. In the assembly of the rebuilt engine that will meet OEM standards, all new gaskets, seals, and lubricants are used. The O rings, bearings, gaskets, seals, timing belt or chain, valve springs, and the oil pump are included as the most common components. Only if they are needed, and often include camshafts, crankshafts, and pistons are the major parts are replaced only. The engine block may have to be bored to align the crankshaft main bores if severe damage occurred to your engine. To fit new pistons, the cylinders may need to be bored. It will allow the engine to work once again, though this is more extensive work. There are only two instances where the choice is not an option in general. 1) Due to broken connecting rod or crankshaft, the engine block has been damaged internally and 2) When an internal component punches a hole in the block, the exterior of the engine block has been cracked or “windowed.” Having the engine rebuilt is a realistic option under other issues.

Advantages of Overhauling an Engine

You know everything has been closely inspected and it has many new parts after the engine is rebuilt. For the engine, it will extend the length. Depending on how many components were replaced dictates how long it lasts. To help reduce the amount of scrap in the environment, another benefit is that you are recycling engine parts.

It is always advised to repair the existing engine with new, OEM replacement parts to reduce the potential of compatibility issues if you have the opportunity to choose between a repair or replacement. For your engine rebuild, call Precision Performance Machine Shop & Engine Rebuilding. 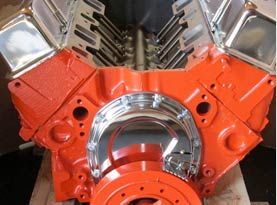 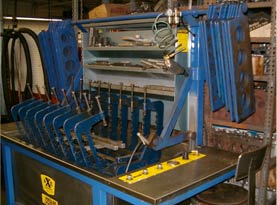 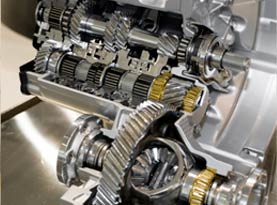 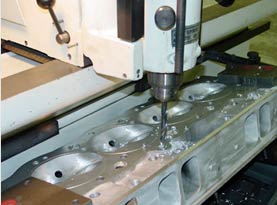